In recent times there’s been a proliferation in CLIs for Apache Kafka, and instead of trawling through Reddit to find the announcements I thought I’d collect them here for reference

I’ve copied notes from the project’s github pages below to give an idea of the kind of functionality that they offer.

Think of it as netcat for Kafka.

The grandaddy of them all

Use an approach like Database Migrations to manage your evolutionary configurations for:

The Kafka CLI for humans

A command-line interface for interaction with Apache Kafka

Kukulcan provides an API and different sort of REPLs to interact with your streams or administer your deployment.

a Kafka tool that likes JSON

GitHub - twmb/kcl: Your one stop shop to do anything with Kafka. Producing, consuming, transacting, administrating; 0.8.0 through 2.7.0+.

kcl is a complete, pure Go command line Kafka client. Think of it as your one stop shop to do anything you want to do with Kafka. Producing, consuming, transacting, administrating, and so on.

Unlike the small size of kafkacat, this binary is ~12M compiled. It is, however, still fast, has rich consuming and producing formatting options, and a complete Kafka administration interface.

plumber is a CLI devtool for inspecting, piping, massaging and redirecting data in message systems like Kafka, RabbitMQ , GCP PubSub and many more.

Hey @mmolimar, good to see you here on the forum

Thanks for the link, I’ll add it to the original post. 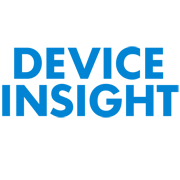 (different from the other kafkactl above) but has nice configs for different authentication types.

Thanks @sarwar-confluent , I’ve added it to the original post

One more which is the only one that covers the whole Kafka API as far as I know: GitHub - twmb/kcl: Your one stop shop to do anything with Kafka. Producing, consuming, transacting, administrating; 0.8.0 through 2.7.0+.