How to use Confluent with other Kafka cluster (Cloudera)?

Hi. Our company has already had Kafka and Zookeeper Instances on Cloudera. But it lacks of some useful functions that Confluent has for handling streaming data (mostly from Kafka Connect) so we want to use Confluent with Kafka instance from Cloudera.

But I don’t know where to start. I read some guides on the Confluent homepage (link) but it’s for local installation with its own Zookeeper and Kafka. So I wonder is there any way to “integrate” Confluent with our Kafka/Zookeeper from Cloudera? Does anyone has already done this before and shown me how to do it? 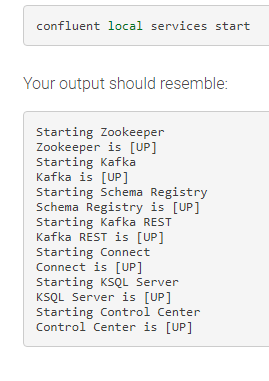 This is no the right category for your question. “Kafka Streams” is about, well, Kafka Streams, the stream processing Java library of Kafka.

I am frankly not sure though, if there is a good category on the forum for you question.

I would recommend starting with
https://docs.confluent.io/platform/current/installation/installing_cp/zip-tar.html#ak

basically you should be able to use Kafka with an exisiting Zookeeper cluster.
Though I never tried it by myself.